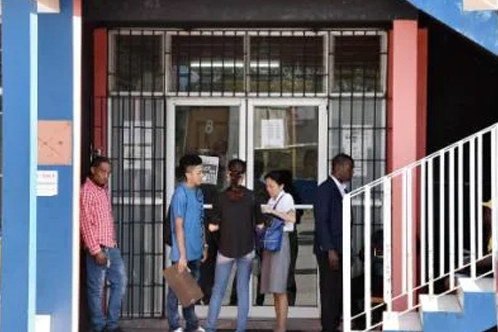 Winston Lawson, president of the Montego Bay Chamber of Commerce and Industry, says that the condition at the Western Regional Office of the National Insurance Scheme (NIS) is far from ideal for senior citizens, and he has called for the situation to be addressed.

“The present location is a long way from ideal in providing services to seniors [and the wider citizenry] here in Montego Bay. It is significantly unacceptable,” Lawson told The Gleaner this week.

“We have made an effort to reach out to the Ministry of Labour and Social Security (MLSS) formally. We have written to the minister [Shahine Robinson], who has oversight responsibility, to try and get a clearer understanding as to what exactly is happening,” he added.

Having made several attempts to get a response on the matter without success, Lawson said that the chamber found the overall situation very disappointing.

“We [the business community] need an urgent response. We are aware that there were plans to renovate another location, but it does not seem as if anything is happening,” said Lawson.

The Western Regional Office of the Ministry of Labour and Social Security, which housed the NIS unit, ceased operations at its Sam Sharpe Square location to effect repairs at that facility more than a year ago.

Checks made by The Gleaner revealed that in addition to pensioners and other taxpayers, the morale of the staff at the ministry’s regional office was not what it should be. They, too, face a myriad challenges, including a cramped work space that hampers the satisfactory delivery of services to customers.

Since the relocation of the Ministry of Labour and Social Security, and its related services, from Sam Sharpe Square to facilitate repairs, there have been no signs of any rehabilitation work being done. The now abandoned building was one of several commercial facilities that were affected by last November’s flood rains in Montego Bay.