Mobay Chamber Calls For Fast-tracking Of Rules To Govern Boards 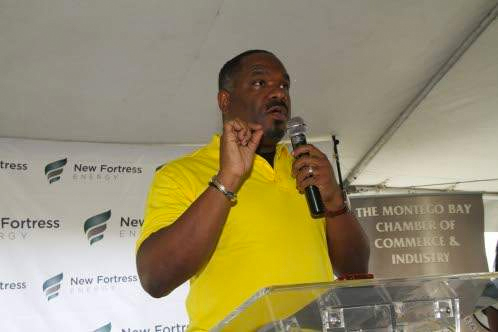 MONTEGO BAY, St James — President of the Montego Bay Chamber of Commerce and Industry (MBCCI) Winston Lawson is calling on the Government to fast-track the implementation of new rules developed to guide the operations of public boards, in the wake of the auditor general’s damning report on aspects of the operations at the State-owned Petrojam, an affiliate of the Petroleum Corporation of Jamaica (PCJ).

Speaking at the MBCCI and Industry’s quarterly breakfast at the Bellefield Great House in Montego Bay, St James, in June, Minister of Finance and the Public Service Dr Nigel Clarke announced that Cabinet approved a set of policy guidelines for the nomination, selection and appointment of the boards of public bodies. The new policy, he said, would be moving to the drafting stage.

The minister underscored then that greater professionalism must characterise the roles of public board members, rather than political allegiance.

“We seek to have, on one hand, transparency and accountability and modernisation, and bringing Jamaica in the 21st century. It has to be balanced by greater professionalism by those who serve on public boards, and greater fidelity to their role and function.

“When you serve on a public board, your role and function is not allegiance to some party… your allegiance is to the people of Jamaica and to the governance principles under which you were appointed,” Dr Clarke said.

“So the Cabinet also approved that this policy will move immediately to the drafting stage,” he continued.

On Wednesday, in a release from the MBCCI, Lawson noted that the chamber fully supported the move and pressed for the implementation stage.

“The MBCCI is calling, once again, for alacrity within the systems of Government to allow for the earliest commencement of the measures. The urgency of its implementation is evident from reports emanating from the just-released auditor general’s report on Petroleum Corporation of Jamaica and affiliate Petrojam, revealing glaring shortcomings in the governance and management. This is of significant concern to the chamber,” Lawson indicated.

“The MBCCI was very pleased to receive the announcement on the intended policy changes from the minister, during his address on Thursday, June 7, 2018.”

Dr Clarke had also explained at the quarterly breakfast that, under the new policy, a database is to be established, from which a technical secretariat set up in the Ministry of Finance and the Public Service would be able to pull the candidate that fits the competency profile.

He added: “At this stage of selection… to keep the process dynamic, it doesn’t necessarily mean that only the people in the database can be considered, because there may be somebody known to a permanent secretary or a minister who has the requisite skills and that person can be included. But the regulation law will specify that the person can only be considered for selection and appointment if they carry out the procedures to be included in the database

“To be included in the database, some cursory due diligence, [such as] whether people have criminal record, if they are bankrupt, etc — criteria such as those — to be able to be maintained in the database,” he continued.

The database, he said, will also benefit from references as well as from self-nomination from interested candidates.

Now the chamber is eagerly awaiting word on the execution exercise of the new rules to govern operations of public boards.

“The MBCCI seeks an urgent update on the implementation process, as it continues to hold the view that this forward-thinking, transparent way of governing is a paradigm shift which will foster higher levels of accountability, continuity, confidence, and indeed, effectiveness with respect to the boards of public bodies,” the MBCCI president said in the statement.