‘Give unto MoBay its due’ 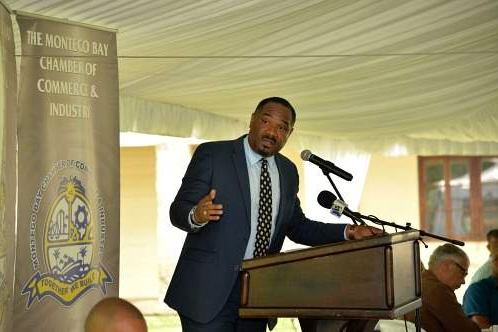 MONTEGO BAY, St James — President of the Montego Bay Chamber of Commerce and Industry (MBCCI) Winston Lawson has called on Government to expedite planned projects for the tourist resort city, which, he said, has been making a sterling contribution to the national coffers.

“Montego Bay has proven itself as a massive contributor to the economy of Jamaica and, yes, Minister (of Finance), we believe we are more than justified in calling for the necessary support, financial resources, whatever is required to expedite some key projects which will allow this space to deliver even further to the economy as Jamaica moves closer towards economic independence,” Lawson strongly appealed.

“I make mention of the planned port facility’s expansion, I mention the MoBay bypass, because we see and we are hearing of tremendous and significant road activities, road works in the capital (Kingston). We are anxious for our bypass. What of the Dump Up Beach upgrade, etc, etc?”

In delivering the keynote address at the breakfast, Minister of Finance and the Public Service Dr. Nigel Clarke gave assurance that Government will not renege on committed projects.

“I like what the president said that public funds spent in Montego Bay are funds well spent. And I want to assure you that your ministers who represent constituencies in this parish are working hard on your behalf, and there is good news to come. I don’t want to take anybody’s thunder.”

In fact, Dr Clarke underscored that “in addition to the fruitful efforts that are being made to resolve the challenges in the provision of health care and the provision of security and safety for the citizens of St James, Government is also resolute in supporting endeavours for the growth and development and the improvement of the infrastructure and the provision of public services in Montego Bay and the St James parish”.

Meanwhile, the leader of the Montego Bay business community hailed the security forces for their work, which has result in putting a lid on crime, including murders, which were rampant prior to the declaration of the state of public emergency on January 18.

“Of utmost is that we continue to have the positive results we have been getting from our security forces since the implementation of the enhanced security measures. So let me take this opportunity to say that this chamber salutes our armed forces, both the JDF (Jamaica Defence Force) and the JCF (Jamaica Constabulary Force), for essentially delivering the kind of results we want to see,” Lawson stated.

“The collaborative, intelligent and strategic efforts must continue, be it within an ESM, or outside of an ESM. We never must allow Montego Bay to return to what we experienced prior to January 18, 2018.”