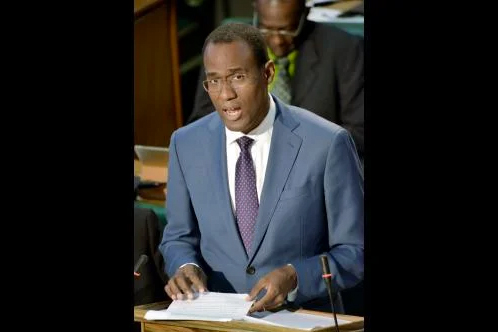 Finance and public service minister Dr Nigel Clarke has expressed a willingness to throw his support behind the bid by the Montego Bay business sector to make the western city the fastest-growing urban centre in Jamaica.

Clarke, who was addressing yesterday’s Montego Bay Chamber of Commerce and Industry’s (MBCCI) Business Breakfast at Bellefield Great House in Montego Bay, said that the Government stood ready to support the ambitious initiative.

“The Government is steadfast in our commitment to supporting your endeavour in the growth and development in the infrastructure and the provision of public service in Montego Bay and St James,” said Clarke, who was the keynote speaker at the event.

According to the finance minister, the city of Montego Bay and [the parish of] St James, by extension, which is the hub of the nation’s tourism, has, in many ways, been a leader in other growth sectors in the economy.

Clarke’s announced intention came against the backdrop of an earlier statement by Winston Lawson, the president of the MBCCI, who spoke glowingly of Montego Bay’s massive contribution to the economy of Jamaica while hinting that more needed to be done for the western city.

“Yes, we believe we are more than justified in calling for the necessary support, financial resources, or whatever is required to expedite some key projects, which will allow this space to deliver even further to the economy as Jamaica moves towards economic independence,” said Lawson.

In outlining some of the goals of his recently elected administration, Lawson, a banker, said that the quarterly luncheon was just one of the many projects that would be undertaken as part of the chamber’s bid to stay relevant and drive development.

“I think we have managed to quickly implement two areas that I consider key to assist with the operational structure and support of the new administration of the chamber. One is the reinstatement of our monthly members meeting, and two is the structuring of our board of directors with the introduction of divisional roles and responsibilities,” Lawson said.