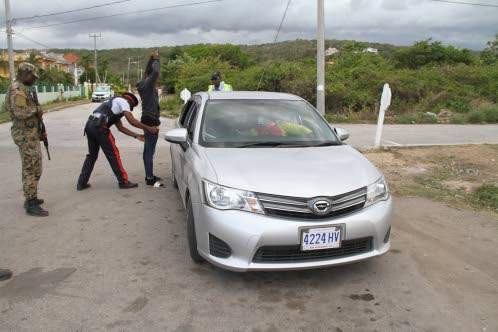 MONTEGO BAY, St James — The Montego Bay business community has welcomed the decision by Security Minister Dr Horace Chang to extend the opening hours of businesses for the festive season across the parish of St James, which has been under a state of public emergency (SOE).

“I certainly welcome the news that the request was given some favourable consideration. The business community looks forward to serving its clients, moreso given the extended hours made available during this blessed and holy season,” said president of the Montego Bay Chamber of Commerce and Industry Winston Lawson.

The president had strongly lobbied for an extension of the opening hours of businesses for the holiday season.

In a town hall meeting recently, Mayor of Montego Bay Councillor Homer Davis told the gathering that consideration was being given for the extension of vending time during the Yuletide season.

“I have spoken with the minister of national security and they are planning to do some extension of the vending time. I can’t tell you how many hours they will be extending it, but what I can assure you is that it will be extended,” he said.

“I should be hearing something soon… we will hear exactly what is being done, but I can tell you it is being given the highest consideration at the highest level of Government because it is important that our people have a lovely Christmas; a Christmas which they themselves will realise some of the extra spending which is out there at Christmastime.”

The amendment replaces the previous opening hours of 7:00 am until 10:00 pm daily under the enhanced security measure.

The declared in St James in January following a reported 355 homicides there in 2017.

Since the measures were imposed the parish has recorded a more than 70 per cent reduction in murders.

The measures, however, will come to an end on January 31 next year as the Opposition People’s National Party voted against its extension, arguing that people’s constitutional rights were being breached under the SOE.

Despite the sharp drop in the murder toll in the parish, a number of small business operators have long called for the extension of opening hours.

Yesterday, Junior “Cutter” Rowe, who has been operating a bar and restaurant in the Norwood area of St James for more than 15 years, was elated at the decision to extend the opening of business hours.

“It sounds good; this is really good news,” he told the Jamaica Observer.

Rowe had long complained that since the SOE he has been forced by lawmen to close his business by 8:30 nightly.

This, he claimed, has resulted in a more than a 50 per cent reduction in sales weekly when compared to “the days when the police and soldiers were not locking down mi business every night”.