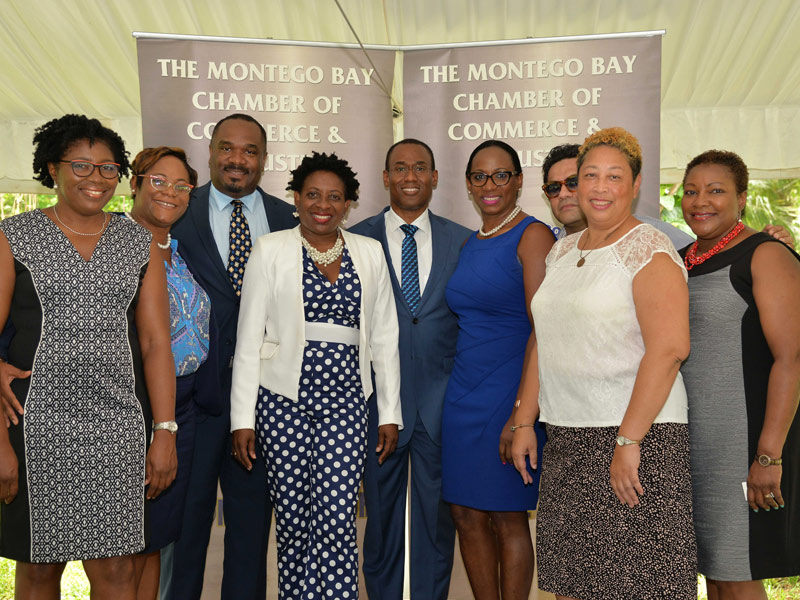 The Montego Bay Chamber of Commerce and Industry is encouraged to learn of the commencement of works to facilitate expansion of the port facilities and services at Freeport Montego Bay. The expanded facility will mitigate the accommodation of additional vessels and increase the numbers in cruise shipping arrivals and general port services for the western side of the island and fastest growing city in the Caribbean. According to Winston Lawson President of the Chamber, “We have said before and will say again, money spent in Montego Bay is money well spent. This and other imminent developments will augur well for the continued positive growth trend and attractiveness of Montego Bay, the fastest growing city and tourism capital of the Caribbean.”

The Chamber has noted as well the recent announcements and reports by the Hon Minister of National Security, Dr Horace Chang, namely a new police complex of approximately 300 residential facilities to house police personnel in the West, the overdue build out of Closed Harbour Beach as well as the long overdue Mobay bypass road.

With the continued infrastructural developments from the public sector and further private sector investments in the west, the Chamber is obliged to also highlight the need to ensure suitable plans are afoot for the management of traffic and general public order within the city of Montego Bay. Chamber President Lawson remarked “The issue is also of great importance given the continued private sector investments and the timing of the implementation/opening of the new Mobay bypass.” On this point, Chamber notes that the expansion of the port will allow for thousands of additional cruise stopovers and as such create additional demand for mobility from the tourists who will desire to visit the various attractions of the city and surrounding communities. The additional demand for mobility ie transport will understandably result in greater congestion, sometimes gridlock, on our roadways a situation not uncommon in the present circumstances.

In this sense, the Chamber welcomes the new Public Safety and Traffic Enforcement Branch of the JCF and is looking forward to its effectiveness in St James.